New Adventures in Cryptocurrency
Sharing my experience of how to get started in cryptocurrency as an asset class.
Written slowly between September and October 2017 [an age in crypto time]

I don’t know how it started exactly, but it was just a few months ago. While aimlessly browsing my Facebook newsfeed I stopped to watch a video on cryptocurrency. Having been online since the mid-90s, I was, of course, aware of the rise of Bitcoin, but had largely let it pass me by. There was nothing particularly special about the content I was watching, but what it did do, was make me question why I was so lacking in knowledge on something that now seemed to be so important and widespread. I think I felt slightly embarrassed with myself for not having learnt more about Bitcoin, and its underlying technology, blockchain, and decided that I had to know more.

In truth, my quest was not so much to understand the technology for its own sake, but more to better understand why so much money is moving into this new form of value exchange, and to decide if it was a space into which I wanted to make an investment. The purpose, and reason for writing this piece, is to share my experience, and offer a point of view, gained only from some moderate [or perhaps now slightly obsessive] reading and watching of content, and to help others who may be trying to get started in cryptocurrency investing. What I will avoid, is trying to offer too much of an explanation into how the technology works, as I’m not qualified to do that, and there are far smarter people than me that can do that job. Instead, I focus on how I went from almost zero knowledge, to having at least an educated opinion, and how to go from having no investment to being invested in a small basket of crypto currencies within a space of 3 months.

So where does it start
Going back to that first video on Facebook. The piece of content was an interview with someone who was clearly knowledgeable and totally convinced on the importance of crypto as a currency of the future. He was asked the question, “if you had $10,000 to invest in cryptocurrency today, how would you spend it.” He then reeled off 5 or 6 coins, which I started typing into Evernote. It’s here that I nearly made my first newbie error. To continue, I need to try and break you into some of the basic terminology that surrounds cryptocurrency. The expert [if there actually is such a thing in this space] had said he would probably put his entire $10k into an emerging technology called Tezos. Ignore what Tezos is for the moment, as I use this as an example of what not to do as a beginner. My simple logic at this point was that if the expert was going to do that then so would I. Had I successfully invested in Tezos at the time, I probably would not have lost money, but that would have been more due to luck, than being smart. What I didn’t appreciate at the time, is that Tezos [and feel free to look it up], was one of the dozens, if not hundreds, of ICOs that have become so prominent in the last few months and years. ICO, you ask? Simple really, an ICO stands for Initial Coin Offering, and is the equivalent of a new company listing on the stock market via an IPO [Initial Price Offering]. The difference with ICOs, which is really in common with crypto as a whole, is that anyone can create their own crypto currency, and raise money by selling it to people who are keen to jump on the bandwagon.

This is one aspect of the industry that has seen it labelled as the new wild west, as a bubble, and even, as a giant Ponzi scheme. To put it in some kind of context, there are now close to 1000 [perhaps now more] different coins or crypto currencies. Investors, speculators, punters, call them what you will, can invest in any of these currencies by trading them, in a very similar way to stocks, shares or more traditional currencies, on an exchange. There are many exchanges, operating across different countries, and providing access to different coins. More on this shortly.

So why didn’t I take my first steps by investing in a new ICO, called Tezos? The truth is, that I wanted to, and nearly did. My very basic further research was enough to at least make me feel comfortable that there was at least a favourable chance to generate a positive return on investment. The only thing that stopped me was the difficulty I found trying to understand how to physically get funds into the offering. In most, or probably all cases, the mechanism to take part in an ICO is to buy with an existing cryptocurrency. To keep it simple, you would take some of your Bitcoin, and trade it for the new coin. In my case, I had no Bitcoin, and at this point in my journey, I had no clue where to get any!

MJC @marcuscent
3 hours ago
I feel for this guy. https://t.co/hluZDCyZG0
View on Twitter

MJC @marcuscent
23 hours ago
Nice. Could be a 6 figure drop from the air. https://t.co/LSp1rDk8ON
View on Twitter

MJC @marcuscent
1 day ago
It's never a bad day when you have a few winners in the top gainers table. https://t.co/yAM8wgs8gY
View on Twitter 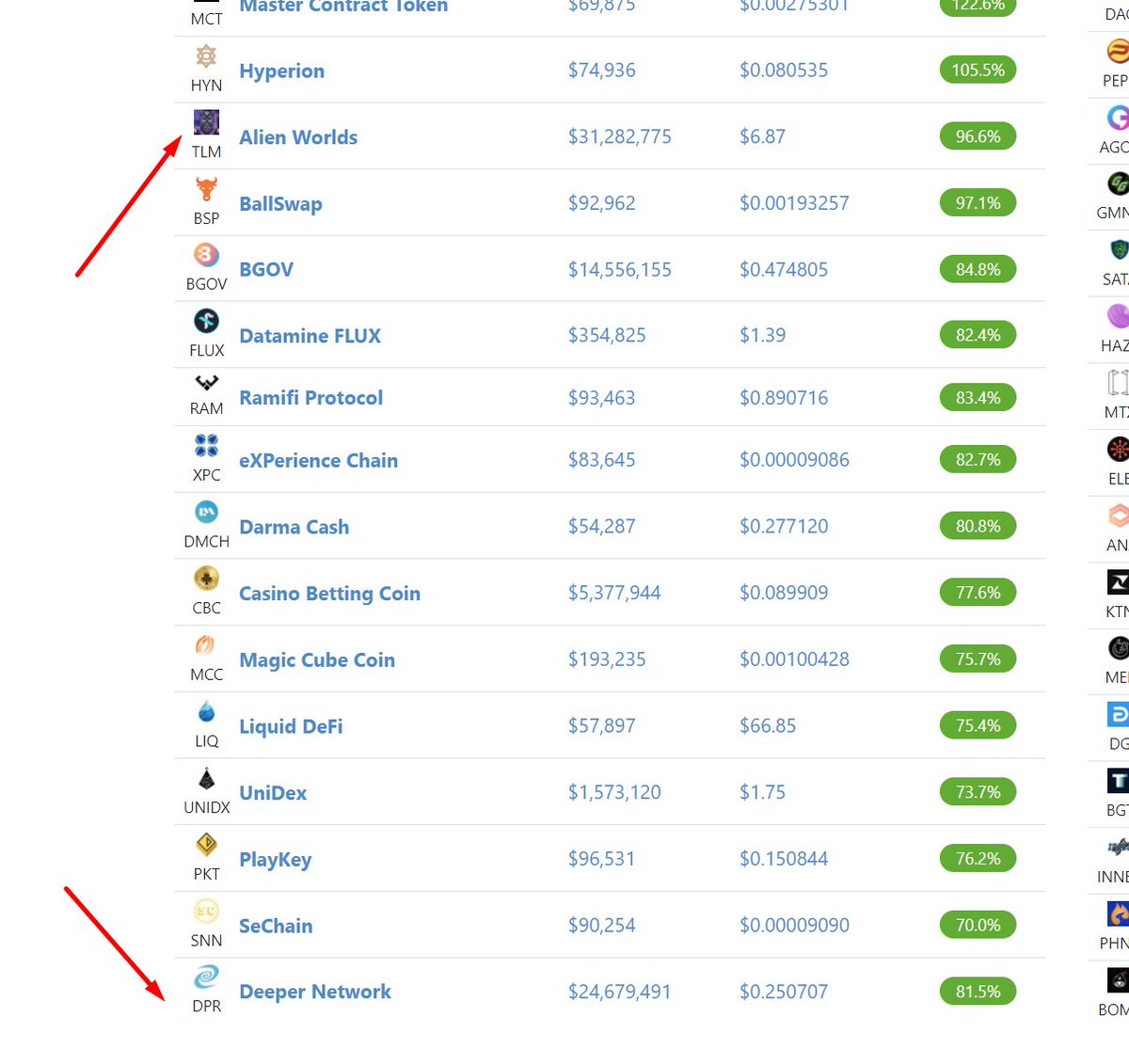 MJC @marcuscent
1 day ago
As someone who bought [and held] $BNB at $1 I'm certainly not about to bet against you. Let's get started. https://t.co/r5XHNCct55
View on Twitter
0
0 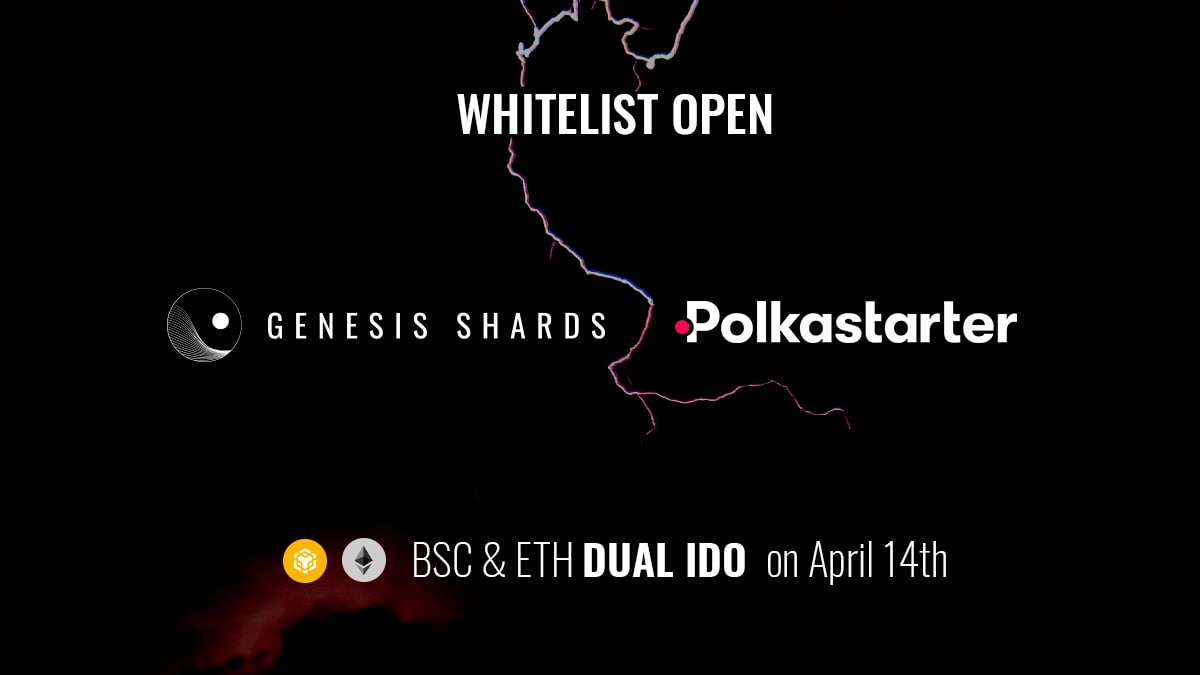 Genesis Shards @GenShards
🔥 We're delighted to announce that the whitelist for our @Polkastarter Dual IDO is now OPEN ! 🔥

$GS will be the first-ever Dual IDO on Pols! 🚀😍